We have selected 2 out of the numerous corner ball variations, which we will present to you. However,
there are no limits to your creativity. Free kicks may be the cause for victory or defeat and should not
be neglected. 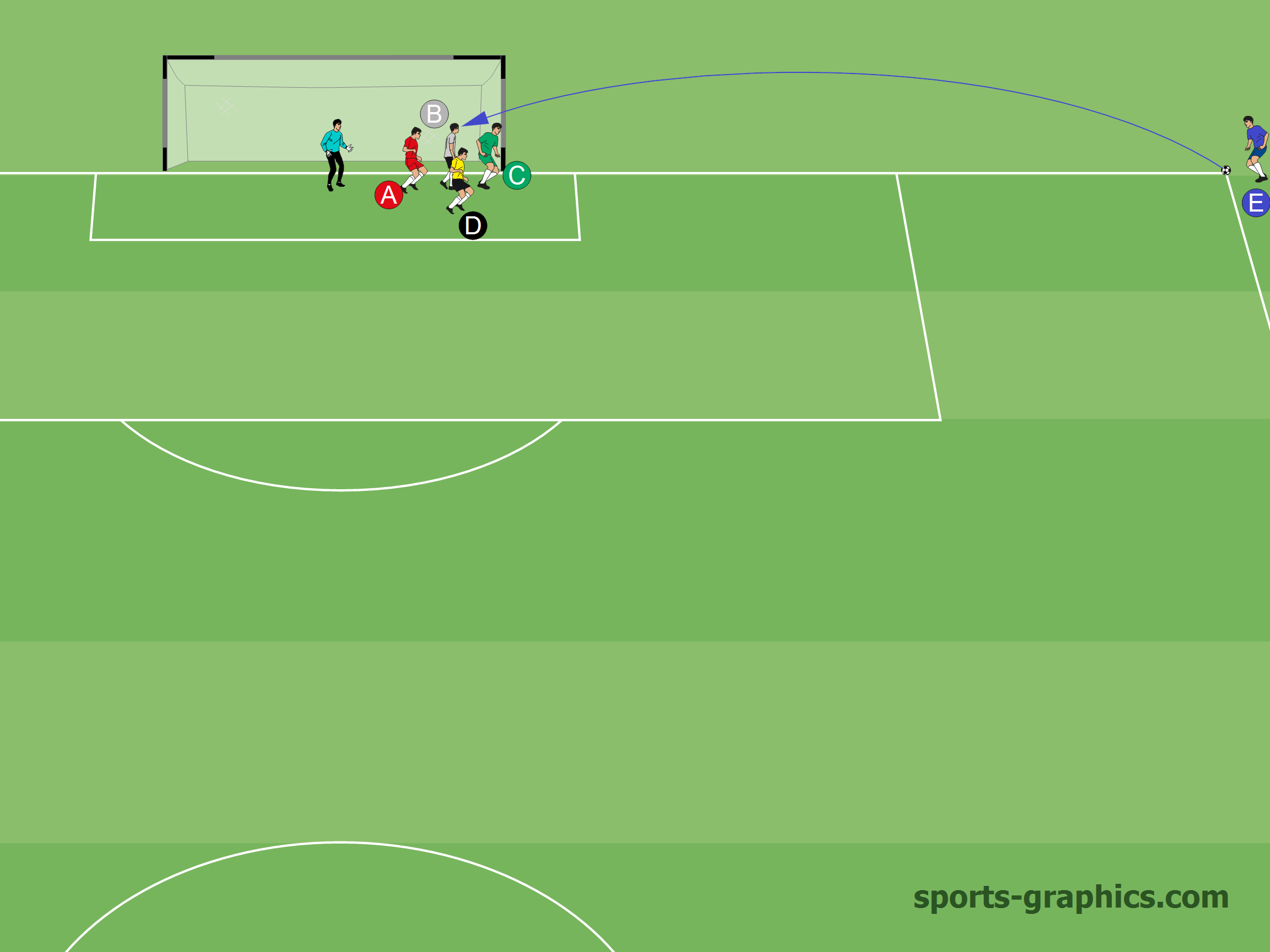 Players A, B, C and D are close to the first goalpost and in front of the goalkeeper. Player E gives a signal to his teammates that he is starting the corner ball variation.

The players in the penalty areas (A, B, C and D) form a block and try not to let any opponent come between them. Player A blocks the goalkeepers path, the players C and D block the remaining opponents, so that player B
can take the header shot as free as possible.

Alternatively, if there is no opponent between player E and the other players, the ball can be played
flat on to the first goalpost. 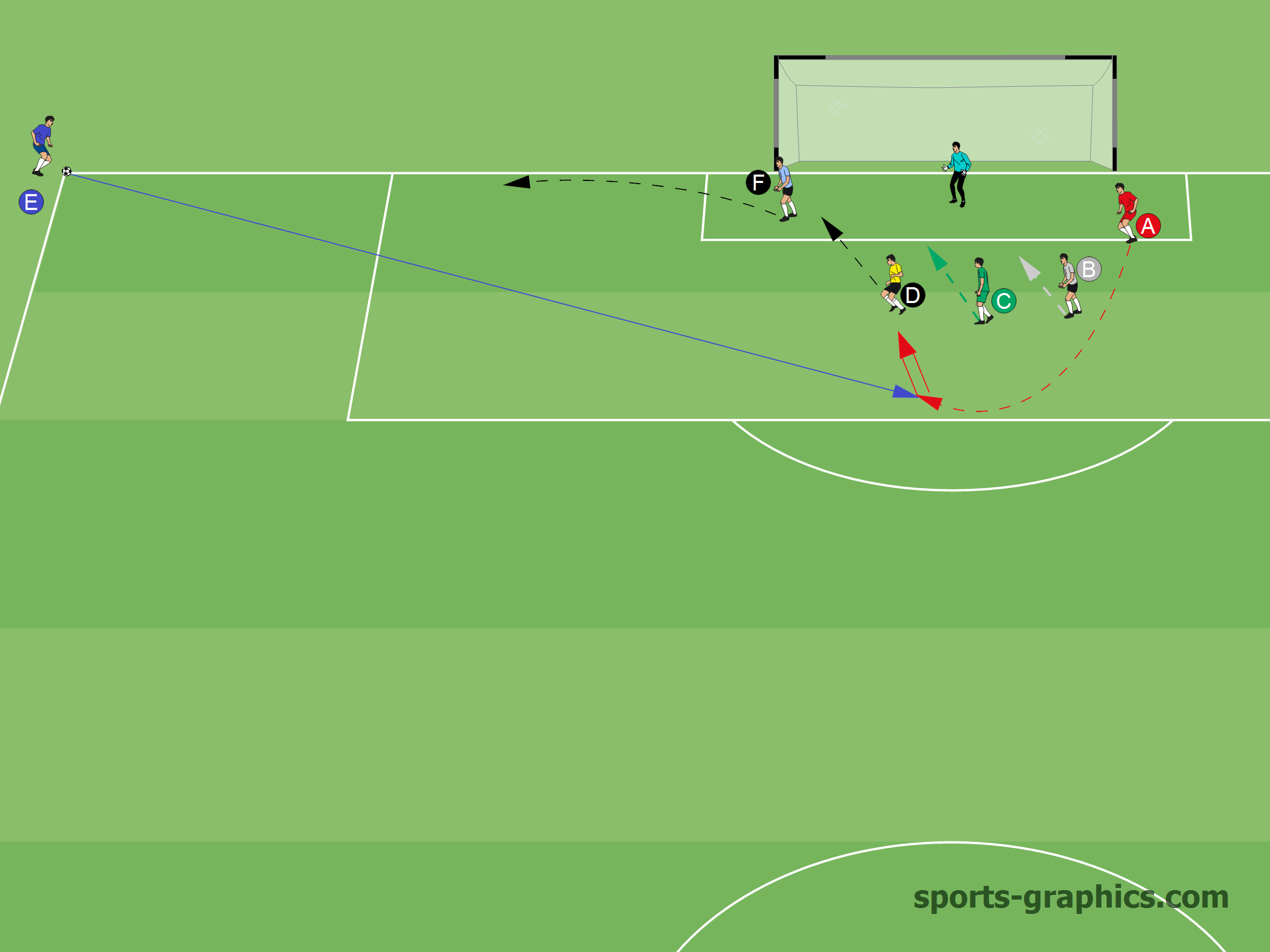 Player E kicks the ball. Player A is next to the second goalpost, players B, C and D standing at the penalty spot. Player F is standing next to the first goalpost. Player E gives his teammates a gesture that he is starting the corner ball variation. Player F runs towards player E to clear the space behind him.

Players B, C and D, who are in the centre, run towards the goal. Player A runs from the second goalpost in a bow to the penalty arc. There he
receives a flat pass, which he shoots into the goal.

The three central players B, C and D should block the opponents if necessary, so that player A has
the possibility to use an additional contact when he is getting the ball.